This edition of our show features an episode I recorded with my friend and co-host from the Star Wars Stacks. We got together in 2014, to talk about the Elder Scrolls games. Elder Scrolls is a high fantasy RPG that takes place on the fictional world of Nirn on the Continent of Tamriel, check it out if you haven’t already done so.

A Brief Introduction of Elder Scrolls 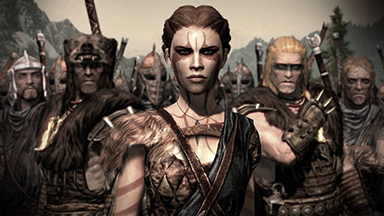 I’ll let our conversation about the games explain in more detail, but suffice it to say Oblivion and Skyrim are at the top of my all-time favorite games list along with Mass Effect (which I released recently) and Knights of the Old Republic, a game I hope to cover down the road with Angela.

This episode was originally published by Treks In Sci Fi (episode 517). Thank you, Rico and Chris, for sharing it with us today. Anomalies, be sure to check out the Star Wars Stacks book review show I do with Chris and Joe and subscribe to Rico’s Treks In Sci-Fi podcast. I was recently a guest on Treks In Sci-Fi and recorded an episode with Rico all about Star Trek: Enterprise. That installment of Rico’s show should be released next Sunday.

Come hell or high water…Angela and I will be back in two weeks with a new show.

You May Also Enjoy These Episodes

Thank you for staying subscribed. If you haven’t subscribed, you can do so through iTunes, Stitcher, Zune, Google Play, Player FM, RSS (found HERE) and anywhere you find Anomalously Awesome podcasts.

Leave us a nice review on iTunes, Stitcher, and other places. You can also donate to our show by clicking on the “Donate” link in our show notes. Every little bit goes back into the show, to keep it flying and you entertained. And we’re thankful to everyone who helps out.

Reach Out to Us

Feel free to comment below, email us or call our voice mail line at 432-363-4742 with your feedback. Thanks for listening to our review of The Elder Scrolls games!

AngelaFounding Co-Host / Producer/ Cheer-tator
This is not a democracy, it’s cheerocracy and Angela is the cheer-tator… and she will deal with the cheer-consequences.
More Info