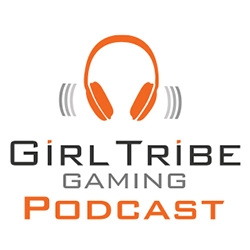 Today I’m talking to my new friends, Jen and Zen, about their podcast and gaming clan—aptly named: “Girl Tribe Gaming“.  I “met” the founders and co-hosts of Girl Tribe on Twitter. I believe I first found them after they ReTweeted an episode that Angela and I recorded about real-life raid groups. Seeing their ReTweet, promoted me to check out their web site and podcast. Upon listening to their most recent episode, I knew without a doubt I had discovered two AWESOME Anomalies, in the wild, who love gaming as much as we do!

I was instantly hooked on their show, and have recommended it to all my gamer pals on Facebook and Twitter. Jen and Zen are fun and informative. I learn all about the games I’m missing because I sleep at night. In fact, I bought Goat Simulator, based solely on a review Jen did.  I had seen the ads for the game, but it seemed SO WEIRD. Apparently, I was right. It IS weird, a hilarious and fun way. That said, I can only stand it in bite-size chunks. :D

If you’re a gamer, you should TOTALLY subscribe to their show. If you’re a woman gamer, and you game on Xbox One,  join their community. I haven’t made the leap to Xbox One as of yet(still own a 360), but once I do I’ll be joining them for sure.

How did you two meet?

We actually met by a random, and super lucky chance, while playing Halo 2 on the original Xbox console. That was back when the original Girl Tribe was brand new (no “Gaming” on the name yet)! 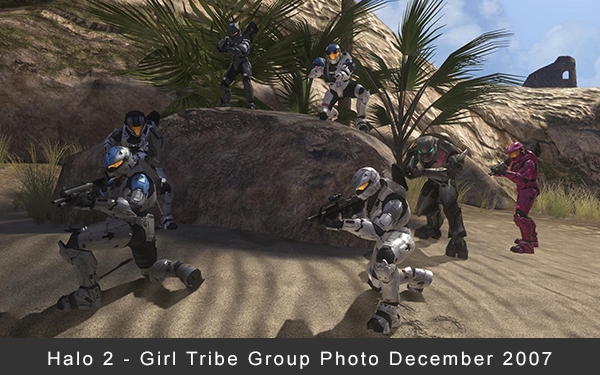 Tell us a little about your geek history (if you are geeks). Did you grow up geeky or did you come to it late in life?

Zen – Growing up, I always liked superheroes, comics, Teenage Mutant Ninja Turtles, Power Rangers, and video games, but I didn’t really have any friends that could relate to my geekiness. Honestly, I kinda felt like I was the only girl in my school that could talk for hours about a video game, and just how cool Captain America is! It was not until I met the girls on Xbox Live that I really opened up, and just let all of my true geek out. I feel so lucky to have found my tribe. Pun intended ;)

Jen – I think I was just born a geek. I always like the technology behind stuff. I loved ripping things apart, looking at them and putting them back together. My dad about had a heart attack once, when he walked in on me with our Beta VCR in pieces. I am pretty sure he paid $400 back then for it, too. As a kid of the 80’s I was there for the arcades and I begged and begged for this Frogger hand-held game that looked like it was in a video game cabinet. Luckily, as a teenager, I was introduced to Star Trek TNG and that awesome X-men cartoon of the 90’s, which propelled my geek level up a few notches.

If you could see two of your favorite characters, from separate games, together in one game… who would they be? Which game would they be in? Would they be on a team together, or fighting against each other?

Zen – Shepard from Mass Effect and Master Chief from Halo. Same team.
Jen – Tiny Tina from Borderlands 2 and Lara Croft from Tomb Raider. Same team. Tina Tiny makes up the crazy plans for them and Lara makes it happen.

Why did you start Girl Tribe Gaming?

Zen – We wanted to create a safe place for girl gamers to meet and create friendships. Just like we did, back in Halo 2.
Jen – We know how online gaming can be at times for women, and it can be pretty rough. That small group of us, back in the early days of Xbox LIVE, kept it fun even when we ended up in lobbies that were sexist, mean, rude and honestly verbally violent. At the end of the game, we had each other and it was fine. Fast forward almost 10 years, and now we just want to provide a gaming community for our women that is safe, friendly and positive so that they can relax and just have some fun playing video games!

Do you have a mission for your show/community?

Girl Tribe Gaming Podcast’s Mission – To unite geeks and achieve world domination. We will settle for people just checking out the podcast though.
Community/Clan’s Mission – To be open and accepting of all women, whether you identify as LGBT, straight, or anything. We have members that are just turning 18 and about to go to college, and members in their 60’s and retired. We just love the diverse group of women here, and that’s what really makes us so different from many of the other female-based gaming communities. We appreciate the differences and respect each other. 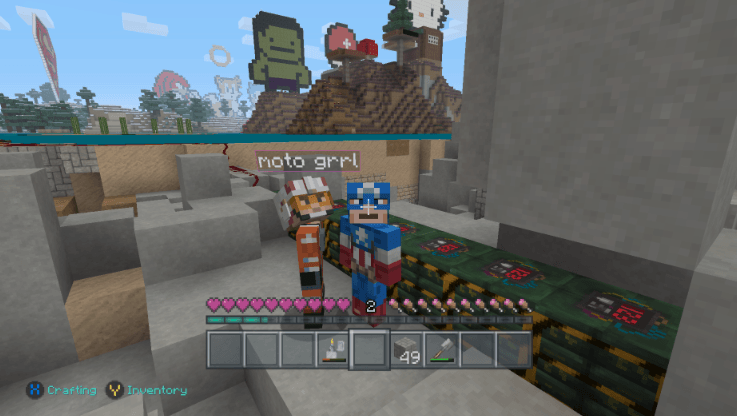 How long have you been a podcast and community/clan

The clan started over ten years ago with Halo 2. We were a small group of 8-12 girls, and stayed that way until 2013. Then, 2 years ago, we opened up the clan to more members and we have grown into this community with a small town feel.

How many ladies do you have in your clan? Why do they join?

Recently, we made some changes to our clan structure. Our clan had grown to over 150 members. Just imagine trying to organize that many women to do anything! We realized that our clan was functioning more like a community. We have removed the label “clan”, from most aspects of our activities and everything is really just the same!
We will be hosting community events each month, and it is open to any women gamers out there on Xbox One. We love these events, because we get to spend time with our members and help them meet new gamers.
We do have a small Call of Duty clan that will be announced soon. We may have a clan presence in other games in the future as well.

Which games do you play together?

Honestly, if it is on the Xbox One we are playing it. Zen and I pretty much play most games that have multiplayer!

I have heard several guys write in with questions to your show. Do you have many male listeners?

We know we have male listeners, which is great! We’re not exactly sure, but we guess about 40% are male.

Zen – I love my FPS like Call of Duty and Halo, but you can also find me in games like Minecraft, Mass Effect, and Life is Strange.
Jen – What Zen said! FPS games like COD and Halo are my favorite games to play with the Girl Tribe Gaming girls. However, I love just chilling out with Minecraft, Sparkle Unleashed, Borderlands and Destiny.

Zen – Only one! Halo 2. Great game play and so many memories on Xbox Live!
Jen – Broken record: Halo 2 multiplayer. That game changed my life! 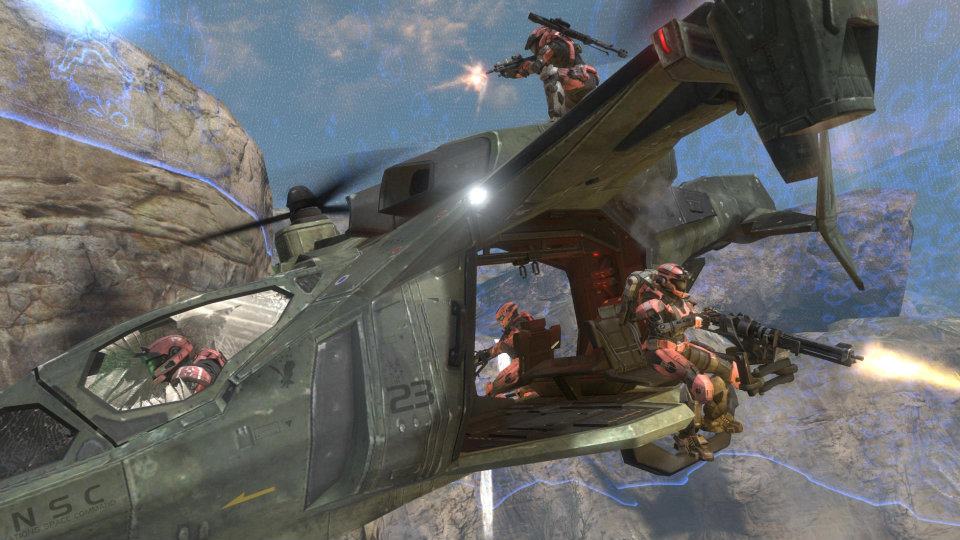 Which games do you think has the best women characters? What makes them so awesome?

Zen – In Mass Effect you can decide to be a male or female Character called Shepard, but your gender has only a few small effects on the story and I really like that. Lara Croft is one of my all-time favorites she is smart, strong and can dual wield pistol. The Tomb Raider reboot really helped show that she is still human and has moments of weakness that she has to overcome.
Jen – The women vault hunter of Borderlands 2 just are amazing. So many, great female characters that are smart, fuuny, strong and just as tough as the guys.

How can people find your podcast?

Our podcast is on iTunes, Stitcher and Xbox Music.
You can stream right from our site.
Or copy and paste our feed to your favorite podcatcher.

How can ladies join your community? Do they have to be XBOX ONE players?

Just visit our website to join our awesome community. We are an Xbox focused community but we have areas to talk about Playstation and other platforms as well!

Thanks for talking with us ladies! I’ll be listening to your show! See you on “The Twitter”.