Smells Like The 90s : Grunge and the 90s Games we Rocked

In this episode of Anomaly, Jen completely ruins my excitement, by not being super excited about Zelda. (Kidding Jen.) What we really learned was that for us, and for the video game industry, the 90s were a time of change. And you get to know a about how little Jen and Angela had in common in the 90s.

Jen graduated from HS in 1993 and was married by 1996. Angela, from the class of 1994, lived the college life and was a bit of an unapologetic party girl. 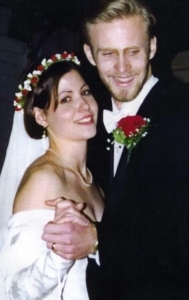 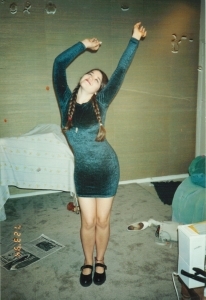 We realized that the 90s tech history was not just about gaming, but also email, the rise of the internet, first cell phones, and new gadgets. As part of Gen X Jen and I literally grew up with video games and computers. From glorified word processors to having a window to a world of information. We also touch on fashion, music, and Jen shares one amazing life event.

Some 90s games we talked about are: Zelda: A Link to the Past and Ocarina of Time, Super Mario Cart for Nintendo 64, Oregon Trail, Myst, Half-Life, Quake, Quake 3 Arena, DOOM, Starcraft, Duke Nukem, Shivers, Leisure Suit Larry, Return to Zork, Wolfenstein, Sim City, Civilization II: Test of Time, and many many more!

Yes I know that the Zelda chickens are called Cuccos.

All the stuff we promised to link to in the show notes are below, including a few game play videos. Check them out! Please share our retro games episodes! And let us know what YOUR favorite classic 90’s games are! Post a comment below.

If you like this episode, you may also enjoy these posts: Angela’s List of the Best and Worst of Zelda: Ocarina of Time, Classic 80s Video Games, Dynamics of Raid Groups & Our Real Life Group of Friends,  Anomaly of Gaming 0.1 and Sci Fi / Fantasy Cartoons.

Mentioned in This Episode