The dynamics of raid groups is important when you’re battling mobs of orcs, trolls, enemy Force wielders or… when dealing with the hurdles of real-life. It’s funny, we had never considered the latter until recently. It’s so true and kind of useful to know. This episode of Anomaly will attempt to explain the composition of raid groups in-game and in real life.

Angela and I were joined by our best friends, Stephanie and Jen (AKA “Sith Jen”) to record this episode (back in December). If you’ve been listening to our show for a while, you probably know them. Both have been mentioned in past episodes, have joined us in round-tables and have appeared in videos; like the Austin Comic Con and Renfest vidcast reports. I’ll include a complete list episodes, with links, below. 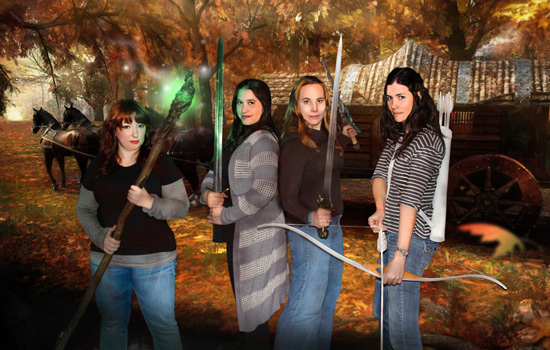 I should probably mention that this topic was Angela’s idea. She noticed that the raid parties and groups, she’s been apart of in online gaming, share characteristics with our click of real-life friends. And needless to say, Angela found this parallel VERY amusing. After she told me of her observations, we discussed it together and discovered other examples where these rpg game attributes are common: in sports, business, television shows and in families, to name just a few. She decided this needed to be an episode topic and that we could not discuss it adequately without our friends. Plus, it wouldn’t be fair to them if they weren’t invited to the recording, to voice their opinions on the matter. And boy do they have opinions.

Finally, we are keenly aware that some of our listeners/readers are not gamers–tabletop and video games are unfamiliar territory to them. If you fall into that category, you may have NO idea what we are talking about for a short time during the episode. We did our best to explain everything, but just in case you’re still a bit confused, I have included the definitions for terms that may pop up in our discussion. Don’t feel bad if you don’t know them, I wasn’t familiar with all of them either…In fact, I had to Google them.

We hope you enjoy this episode! Please subscribe to this podcast and to the web site (both are free), via the links to the right side of this post. Join our social media communities by following the icons at the top our web site. Make sure to check out our series on video games, the first installment is about games we played in the 80s. The next one will be released August 2, 2015. So keep your eyes open for that. :) 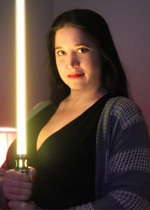 Tank or “Main Tank” (in gaming): a game player with high defense and/or health. They wear heavy armor and carry shields and large weapons like broad swords, maces or axes. Like military tanks (ex. Panzer), a lot of effort from a very strong enemy is required to destroy them. They lead the way, pulling aggro away from players with less defense and health.

Tank or “Main Tank” (in real life): an individual with very bold personalities…they are fearless extroverts. These persons are tenacious and they often rush into situations. They speak their minds and are blunt or two the point. Main tanks are the “life of the party” and often the person who draws trouble or trouble-makers like moths to a flame. They typically encounter confrontation, but dealing with it is usually no trouble at all. Things slide off their backs–words don’t hurt them as much as they do others. They are are also quick to help a friend in need, shielding them from whatever they may have accidentally stepped in.

Rogue (in gaming): a game player who’s primary advantage is their ability to be stealthy. Unless a rogue is very close and in front of them, or much lower level, other players are usually unable to see them. Rogues can only wear leather or cloth armor, are unable to use shields, and can only wield one-handed weapons, like daggers. Rogues acquire the passive ability to Detect Traps. Rogues are best suited for 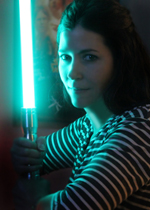 players who like to sneak up on enemies and dish out large amounts of burst damage. (WoWW wiki)

Rouge (in real life): an individual who is sometimes quiet and always strategic (they’re the planners). They may be introverts but they are good at hiding that fact. Because of their quiet nature, they sometimes go unnoticed until they choose to join a conversation or step from the shadows into the light. They are careful with their words and very particular in who they choose as friends. They are very observant, crafty and not to be underestimated in any situation.

Ranger/Hunter (in real life): The hunter is a master marksmen.They are also masters of survival, and their familiarity with traps and misdirection can allow them to manipulate their quarry’s attentions, leading them into deadly ambushes or camouflaging themselves so well that even the sharpest-eyed of foes cannot fix their aim upon them. True to their name, hunters are also skilled huntsmen, capable of tracking even the stealthiest of targets with incredible accuracy. Hunters have a powerful connection to the wild, and an uncanny ability to befriend even the wildest of beasts. (WoWW Wiki) 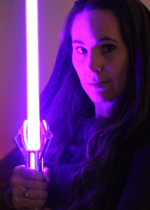 Ranger/Hunger (in real life): the Ranger/Hunger is one with nature. They are most comfortable on a hiking trail or in the garden. They can be the life of the party or the guy/gal standing in the corner watching it all go down. They don’t step out into the open, unless they feel like it…or they may decide to draw you to them instead (with a smile or a wink). They see all and watch the backs of their friends. They, like the rogue are strategists… planners.

Off-Tank (in game): An off tank (aka off-tank or offtank) is a player in a raid or party that concentrates on taking pressure off the main tank, usually by drawing off extra (usually weaker) mobs. (WoWW wiki)

Off-Tank (in real life): an individual who, like the “main tank” is also the life of the party. They too can draw trouble and trouble makers like flies, but are better at dealing with large groups of jerk faces or bigger piles of “oh crap”. The only difference is that they are more sensitive and more prone to damage. But they always have the “main tank’s” back. They are supportive and fearless friends who are strong, bold and blunt. 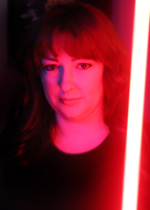 Healer (in game): are gifted and powerful spellcasters who draw power from nature or faith. Healers find their power in the world around them. They are the heart of a community — and of an adventuring party. They use their powers to heal the wounded and bolster the spirits of those around them. (WoWW wiki)

Healers (in real life): are individuals who always have the right bit of advice to offer. They fix the “boo-boos” and make everything better. They are often wise and think of others first. They feel a strong duty to take care of friends, family and others around them.

MMO or MMORPG: Massively Multiplayer Online game or Massively Multiplayer Online Role Playing Game. These are video games played, on the internet, through the use of a computer rather than a gaming console (like XBOX or Sony Play Station). In some games, millions of people, all over the world, play characters you may encounter while strolling through the “online world” you’re visiting.

Tabletop game: a term used to refer to board games, card games, dice games, miniatures wargames, tile-based games and other games that are normally played on a table or other flat surface. The term is used to distinguish these types of games from sports and video games, which today enjoy more popularity than most tabletop games. The term is also used to distinguish role-playing games from role-playing video games and LARPs, although role-playing games may not necessarily require a wide playing surface. (wikipedia)

Raid group or Raid party: A “raid” is a type of mission in a video game in which a very large number of people (larger than the normal team size set by the game) attempt to defeat a boss. This type of objective is most common in MMORPGs, where the servers are designed to handle the number of users, and usually but not necessarily occurs within an Instance dungeon. In RTS games like StarCraft, the term is used differently. Raiding originated in the class of text MUDs known as DikuMUD. DikuMUD heavily influenced the game EverQuest which brought the raiding concept into modern 3D MMORPGs. The largest and most popular game to currently feature raiding is World of Warcraft.(wikipedia)

Boss: a significant computer-controlled enemy. A fight with a boss character is commonly referred to as a “boss battle” or “boss fight”. Boss battles are generally seen at the climax of a particular section of the game, usually at the end of a stage or level, or guarding a specific objective, and the boss enemy is generally far stronger than the opponents the player has faced up to that point. A boss enemy is often larger in size than other enemies and the player character. (wikipedia)

Aggro: a slang term meaning “aggressive” or “aggravation”. Aggro is any computer controlled creature or enemy that attacks a player. If a player is attacked they have drawn “aggro”.

A Mob or Aggro Mob: is a group of computer controlled creatures or enemies that attack without being provoked.

Aggro range or aggro radius: the distance at which the mob will attack.

Aggro chain: the support the aggro brings along to attack a player, even if the player is outside the usual “aggro range”.

Too much aggro: this phrase is used when too many computer controlled creatures or enemies are drawn to a player to attack them.

Steal aggro: when a player deals too much damage to computer controlled creatures or enemies and they begin attacking the player of other players. In this case a player has “stole aggro”.

High aggro: computer controlled creatures or enemies that should be avoided unless a gamer is looking for a very challenging fight.

We hope you’ve enjoyed the dynamics of raid groups explained.

Where We Got Our Lightsabers

Mentioned In This Episode

JenCo-Founder / Producer of Anomaly
Jen is a woodsie lady. She grew up on a farm in the sticks of south Texas. She rode horses, hunted, fished and climbed many trees in her youth. She was always quiet and shy, but still wasn’t afraid to speak her mind or defend her grade school friends from bullies.
More Info

AngelaCo-Founder / Cheer-tator of Anomaly
This is not a democracy, it’s cheerocracy and Angela is the cheer-tator… and she will deal with the cheer-onsequences. She grew up in the spotlight and likes the warmth of it’s rays. She is an “ask questions later” type personality, thus blunt and to the point. You’ll never wonder what she’s thinking because she’ll tell you before the thought enters your mind.
More Info
By JRhodes|2016-12-22T14:24:53-06:00January 1st, 2015|Anomaly, Fantasy, Gaming, Show Notes, Star Wars|2 Comments