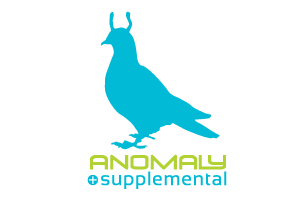 Anomaly Supplemental, with Kasey and Sue

Anomaly Supplemental is a true testament to the power of the internet.  Only Kasey actually knew Jen and Angela before the genesis of the Anomaly community.  She and Sue, a podcast listener, were asked to contribute to the Anomalous Musings blog beginning in August of 2009.  As the community continued to grow, Anne, another listener, joined the blog staff and Sarah took on the roll of Anomalous Correspondent in September 2010.  Of these four women, only Anne and Sue have been in the same room together, and only once (so far) after both joining the staff.

Honored that Jen and Angela would share their creation, these ladies work to spread the word about Anomaly and expand the community, and heard that fans of the podcast wanted more.  But, as Jen says, “podcasting is hard work.”  An idea started forming to bring podcast subscribers more Anomaly without adding to the workload for the founding hosts.

Eventually, the idea took shape as Anomaly Supplemental – a weekly podcast in the Anomaly feed (and on a staggered release schedule).  Episodes may be hosted by any permutation of the Anomaly staff, including the founding hosts, from a solo show to a 6 (or more) person round-table, and focus on topics that may not be covered by the mother podcast.

In this final episode of Anomaly Supplemental, KC and Sue give our recommendations, list off some of the topics we never got around to, and discuss the 2008 sensation: Dr. Horrible's Sing-Along Blog.  As usual, we talk about our favorite parts, dig up some trivia, and go on several tangents. This might be the last Anomaly Supplemental, but don't worry - we won't disappear. There is a new project in the works. In the meantime, you can follow KC on Twitter, follow Sue on Twitter, and hear Sue on Women [...]

Magic has returned to England! Yay, England! KC and Sue discuss the Jonathan Strange and Mr. Norrell, which happens to be one of KC’s favorite books and filmed adaptations. We give a brief summary, talk about the differences between the book and miniseries, the importance of character flaws, and how Mrs. Arabella Strange is a bad ass.  Coming Up on Anomaly Supplemental: Dr. Horrible’s Sing-a-Long Blog (Our final episode!) Those Days When You Just Can't Even Stay Tuned [...]

It's Halloween!  KC and Sue discuss the classic Gene Wilder and Mel Brooks film: Young Frankenstein! But first, we chat a little bit about the pressures of Halloween, what we've been up to, and share some listener feedback. And then, we have a bit of an announcement.  After much thought, and over 5 years and 100+ podcast episodes, we have decided to bring Anomaly Supplemental to a close.  Plus, the timing felt right, with Anomaly currently on a break with a plan to "relaunch" in a bit.  We [...]