Anomaly 2014 Year in Review: The Best and Worst

At Anomaly we have many opinions! So tonight as we ring in 2015, here is the Anomaly Year in Review the Best and Worst of 2014 according to the Anomaly writing staff. Feel free to comment with your favorites and least favorites of 2014! 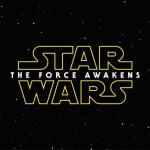 Star Wars Episode 7: 2014 brought us more Star Wars Episode 7 news than some fans could handle. The hardest  for book worms to swallow, was the fact that the Star Wars “Expanded Universe” (the officially licensed material outside the previous six films), was no longer considered canon. That means no more Mara Jade. No more New Jedi Order. No more Grand Admiral Thrawn. The stories readers had spent years trying to keep up with, were instantly labeled: “legend”. There were mixed reactions to this news—some fans were outraged while others were more optimistic…like me. Hope still lives. Characters from the EU made it into the Star Wars Clone Wars cartoon and prequel films, which canonized them. And fans were informed by “Star Wars creatives” that authors and script writers will be allowed to delve into old comics, games and novels for characters. There’s still a chance a few of our favorites will live again. Backstories may be completely different, but maybe that’s not such a bad thing. Not all of the EU was great and it was sometimes conflicting. Going forward, all material coming from Star Wars will be purposeful and official. To me, that alone paints a very bright future for the Galaxy far far away that I have loved since childhood.

Best: Getting back to WoW and being rewarded with so much great lore, love from my guildies, and personal garrisons has really gotten me through some tough times. If Pandaria wasn’t your thing, it’s time to get that level 90 boost and join the fray! 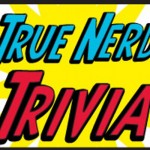 Best: My favorite thing of 2014 was not a movie, or a news story, or a video game.  And surprisingly, it was not Dragon Con (though just barely).  It was the discovery of True Nerd Trivia, a monthly geek trivia night.  In the busy NYC day-to-day, it’s quite easy to go weeks or even months without seeing my nerdy friends, but not anymore.  I know that at least once a month, I will be getting together with some geeky ladies to answer questions about Mordor and Vulcan in a downtown coffee shop.  We don’t win, we rarely place, and “not last” is still the goal.  But we have a great time together, and we celebrate our geekdom together.  Don’t get me wrong – I love the internet, and my tumblr knows it.  But it’s nice to be in the same room with people, too.  Sometimes.

Worst:  To be amorphous once again, I’m disappointed that there are still cliques and gatekeeping in geek culture, and it seems to be getting worse instead of better.  Allow people to like things however they want to.  Allow people to like things you don’t, and not like things you do.  All, if you both like something, understand that you can have different opinions, and those opinions are not offensive to the nerdy property.  Basically, geek and let geek. 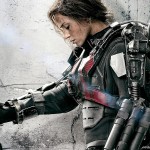 Edge of Tomorrow. Watched this movie on a Friday night and barely spoke a word the entire time, my eyes were wide and my mouth was open as I was sucked into this engaging world of alien warfare, time travel, an insanely strong woman, and the novelty of seeing Tom Cruise as a n00b. I felt like this movie was completely unique, their concept of time travel felt wholly new and so uncontrived. It had an integral place in the plot and it was just insanely cool besides. There wasn’t necessarily enough time for a lot of character development especially with the premise of the protagonist starting a day over and over and having to gain the trust of others around him constantly, but within that limit they did a pretty good job and definitely didn’t just rely on repetition to make you care about the characters. And quite honestly the fact that the woman is the mentor to the guy in this movie is a huge deal and feels so refreshing, and that in and of itself is enough reason to be curious about this movie if you haven’t seen it. It was also amazingly evocative. The way they portray the fear of being thrown into a battle zone without having a clue what you are supposed to do elicited extremely strong feelings that…honestly I wasn’t entirely comfortable with and I almost wanted to stop in the beginning. I was kind of afraid the whole movie would be hard to watch but they tempered it expertly with surprising bouts of humor (sometimes dark humor but humor nonetheless) that lessened the tension and made for a really fun ride. The movie finished and I really felt like that was the best sci fi story I had seen in a really long time, it probably was full of tropes you could point out to me in a heartbeat but to me it was dang near perfect and it captured my imagination for a long time after the credits rolled.
Legendary Encounters Card Game. I am a huge fan of deck building gaming…and as it happens the Alien franchise (of which there were only two movies sadly, I wish they had made four total…but they didn’t. Really. There were DEFINITELY not…two other films that ruined the entire Alien universe…trust me. No.). Enter stage right…Legendary Encounters, a deck building game which takes place in the Alien universe! I was geeking out hard when I found out about this game’s existence. This game is amazing, not only is it fast paced, challenging and engaging but it has some seriously clever game mechanics-for example if you fail to fight off a facehugger card you get a chestburster card in your deck and basically have until that card comes up in your hand to help your team out before you…expire…to put it lightly.  You’d think playing against Xenomorphs and Facehuggers in card format would feel…well…a bit silly and not really that exciting…but it is FREAKIN INTENSE, thanks to the devilishly cunning minds of Ben Cichoski and Danny Mandel. You feel like the game is thinking for itself and it’s kind of eerie actually. The replay value is also extremely high since there are multiple set scenarios to play and also highly customizable ways to play seeing as there are like a zillion cards (600 to be exact). The fact that there are 10 different role cards (including Synthetics!) who have specific powers unique to them, and that it is possible to not only play this game with up to five people but solo as well, is pretty tremendous. Awesome art and awesome game play have made it impossible for me to even think about playing another game…I am majorly crushin on this game and I think it’s going to be a long term relationship. 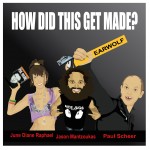 Best: The podcast – “How Did This Get Made:” I love movies. But I’ve seen some really bad ones despite my best efforts to avoid them. The only thing that helps is making fun of the ridiculousness of said films with friends who have been through the same trauma. I find that it improves upon the experience and almost makes it as enjoyable as watching a great movie. (Almost.) “How Did This Get Made” is a podcast on the Ear Wolf Network in which comedians Paul Scheer, June Diane Raphael and Jason Mantzoukas poke fun at some of the worst movies to hit the screen. From sci-fi action to Tyler Perry movies, these studio films are ripped apart by some of the funniest voices in the entertainment industry. Looking for a good starting point? Maybe something for the holiday season? I recommend listening to the episode about one of the worst movies I’ve ever seen: Jack Frost, starring Michael Keaton and Kelly Preston. Haven’t seen it? It’s a family movie about a man who dies in a car crash and he comes back to life as a snowman to help his family. Yes, it exists. You’re right, it does sound awful. Because it is. And that’s where “How Did This Get Made” comes in! This same episode is a live cast that guest stars Dan Harmon, creator of Community and, my other favorite find of 2014, Cartoon Network’s Rick and Morty. If you enjoy MST3K, Riff Trax, or Anomaly’s commentary (or, “com-mock-tary”) of “The Star Wars Holiday Special,” use your favorite podcatcher and try out “How Did This Get Made.” (Note: There is uncensored language in each episode, so use your parental judgment in regards to listening around your mini-geeklings.) 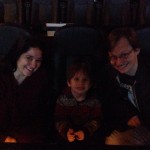 Best: My best would have to be going to see The Hobbit: Battle of the Five Armies with my husband and son! I like being in the middle of a nerd milestone, even though the movie itself is not the best of the best of the Peter Jackson version of LOTR, it was a fine ending. And to the people who make the unfortunate comparisons to SW Ep I-III, I say blah. There is no contest. All of the Hobbit movies were excellent efforts and I am glad to have been a part of the end in 2014.
Worst: Not sure I want this to be my last word, but the #gamergate controversy and all of the surrounding madness is representative of the worst of our world, and the worst that it has been in many years. (I think this speaks for itself and I will not say anything further on the topic.)
By Archangela23|2016-12-22T14:24:53-06:00December 31st, 2014|Anomalous Musings, Gaming, Geek, Sci Fi, Star Wars|1 Comment