The Women of Star Wars 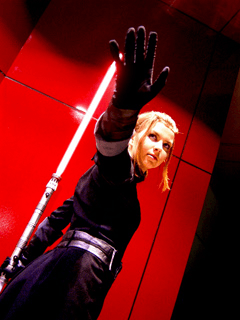 In this special Star Wars Day episode (from 2014), Jen and Angela discuss the women of the Star Wars universe. To the hosts, Star Wars also encompasses what was formerly known as: “The Expanded Universe”, or “The EU” as fans call it. The EU includes all the officially licensed background, outside the films and television shows; such as novels, comics and games. A recent announcement from Lucasfilm stated that the EU would now be labeled “Legends” and that the new Star Wars films would not be bound to this material, but that content creators would not be prohibited from using 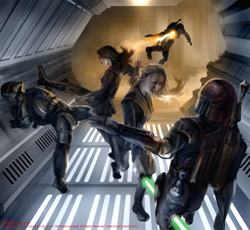 content from the Legends sources. The vast majority of the stories available in the old EU were never considered canon, in other words, to George Lucas they did not exist unless he found something interesting and used it in the prequel films or the animated series. The announcement from the powers that be stated that moving forward, all Star Wars storytelling will be interconnected and canon. Anomaly believes this to be a good thing. Another announcement, that followed the EU news almost a week later, pertained to the core cast of Episode VII.

Immediately, there was reaction all over the internet, regarding what some saw as a lack of minorities and women in the cast. The hosts recorded their initial discussion  prior to these press releases, but soon after recorded a follow up to address the news and fan reaction, especially since it effected their main topic. In this episode, they talk about the debates related to this announcements, had on the Anomaly Facebook Group and the internet as a whole. Jen and Angela have a more optimistic, but admit they have been a bit nervous about J.J. Abrams’ involvement since seeing the latest Star Trek films. Even so, they tried to give nervous fans hope that the new Star Wars films would be different, and outlined  the reasons why they feel that way. They also offer a means of protest, should they fail to meet fan expectations. 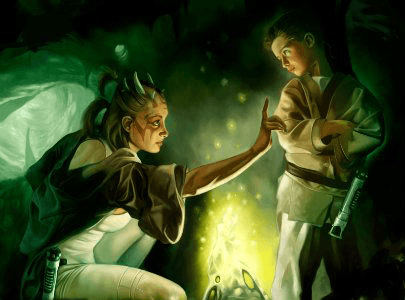 Included is a segment within the episode, where Jen and her The Star Wars Stacks co-hosts, Chris and Joe, describe several female characters from the EU, the Clone Wars TV show and previous films. In short, Star Wars women DO exist and they are AWESOME.

Note: it was impossible to describe why these characters were interesting without spoiling a bit of their backgrounds; there is a spoiler alert before this discussion begins. If you are concerned about spoilers, you can pick up at the 1 hour and two minutes mark. It’s our opinion that they are very mild, but we felt we should offer a warning anyway. If you have an opinion, please send it in the form of an audio comment or an email. You can also call the Anomaly Podcast voice mail line at 432-363-4742, use the widget on our site or send an audio file to girlygeekz at gmail dot com. Commenting is also open in the Anomaly Facebook Group or at the bottom of this post. Please listen to the entire episode before sending feedback, as it provides more information on the hosts’ opinions and that of their community. Thanks for subscribing!

Also discussed in this episode is a video from Cracked.com.

Special thanks to Noah Westerfield for the intro he recorded for Anomaly a few years ago, it seemed particularly appropriate for this episode. Thank you to the Anomaly Facebook group and to Chris and Joe, Jen’s co-hosts from the Star Wars Stacks for their participation. Check their other shows: Chris’s is about the classic Battlestar Galactica series “The Rag Tag Fugative Podcast” and Joe’s podcast is called “The Upper Memory Block” where he discusses classic video games. Both are really great.

Once Upon a Time Podcast

Take Him With You 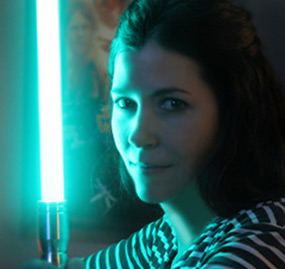 JenCo-Founder / Rogue
Jen teaches her 4-year-old son nerd basics, like the difference between droids and robots. Not the same thing people… NOT the same.
More Info 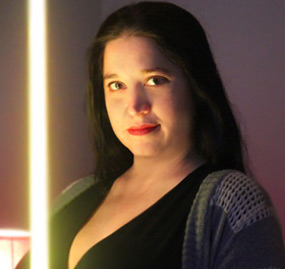