Anomaly of The People vs George Lucas

Review: The People vs George Lucas 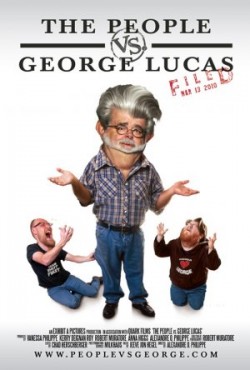 Which is he to you?

In this episode, Angela and Jen discuss The People Vs George Lucas. “Uncle George”, as Anomaly prefers to call him, is the man who created that “galaxy far far away” and the characters who live in it. We fans see those characters as nothing less than beloved family members and we love him for it. But most of us are also fairly jaded by his Uncle George’s decisions regarding the saga. If you have to ask “what” or “why” then you’re either a young fan, who loves Jar Jar, or you maybe saw half of one of the films and thought it was okay. If you want an answer to the above questions then watch The People Vs George Lucas…you’ll get those answers and then some.

The People Vs George Lucas is currently available on Netflix to stream.

JenCo-Founder / Rogue
Jen teaches her 4-year-old son nerd basics, like the difference between droids and robots. Not the same thing people… NOT the same.
More Info

AngelaCo-founder / Tank
Angela is a geek bomb. Her unwillingness to hide her geek leads her on great adventures and allows her to meet awesome people like Jen.
More Info