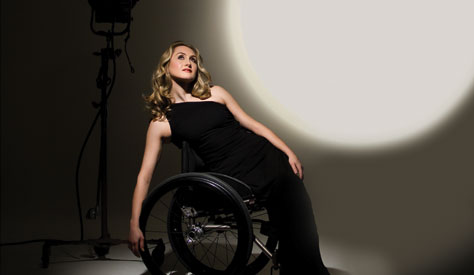 If you like this episode, you may also enjoy these interviews: Ashely Eckstein, Marian Call, and Mignon Fogarty.

In this special episode of Anomaly, (the very first interview we ever conducted) Angela and I had the opportunity interview Teal Sherer. Teal is an accomplished actress best known in geek circles as as “Venom”— a total “b” on wheels—in Felicia Day’s award winning web series The Guild.

Teal is far from a “misfit crazy woman” in real life, she’s is a down to earth Anomaly and we (two of her biggest fans) were honored to have her on the show.

During their interview, we asked Teal how she gets into character and whether or not she prefers playing a villain. We also inquired about her time with Full Radius Dance Company, her upcoming series My Gimpy Life, and asked her about her geeky interests and her thoughts regarding how women are treated in sci-fi and fantasy. It was a fun interview and we hope to have her back on the show soon. Thank you Teal!

We would like to offer a special thank you to our good friend and fellow podcaster, Kenny Mittleider for introducing us to Teal. Check out The Guild and make sure to listen to Kenny’s podcast Knights of The Guild to hear more interviews with the actors and actresses and behind the scenes reports on the web series.

Please let us know what you think, rate Anomaly on iTunes, TELL YOUR FRIENDS, follow Anomaly on Twitter, friend us on Facebook or join the Anomaly forum. Thank you for listening!