All three hosts have very long and deep history with the Stephen Sondheim and James Lapine musical, and the film version created…  feelings.  Not great ones, for the most part.  As usual, we start of attempting to point out the things we thought were good about the film, acknowledge that our on personal histories with the property make us pretty harsh judges, and then the gloves come off.

PLEASE NOTE:  This episode was recorded just one day before it’s release – because schedules – so it has undergone minimal editing.  Also, this episode carries an “explicit” tag in iTunes for both language and content.  Yes, there’s cursing, and we talk about sex.  So use your headphones and/or ask the kiddies to leave the room.

Anomaly and Anomaly Supplemental also love ratings and reviews! Leave some feedback for us on iTunes and the website, and share with your friends.

The theme music for Anomaly Supplemental is the song “I’ll Still be a Geek After Nobody Thinks it’s Chic (The Nerd Anthem)” from the album “Got To Fly” and is used by permission of Marian Call. Visit her website for more information and music.

The song “Transition” is a parody of “Tradition” from “Fiddler on the Roof”, and created and performed by Rick Moyer. 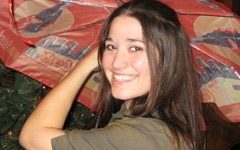