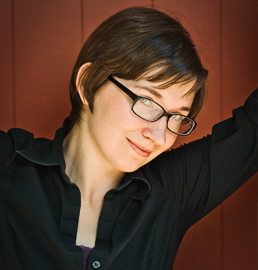 Like Sue, Kasey  had trouble choosing her favorite five Anomaly episodes. There are some overlaps between their lists, but Kasey says she doesn’t care. She’s is too  pleased with them. That probably means these episodes are worth a listen/relisten.

Again, I asked our hosts to choose a show that they were in. I thought it might help narrow things down a bit. Kasey has chosen four Anomaly Supplemental episodes and one Anomaly episode. A link to the episode and the show notes will be included in each of our lists. I’ll also include links to similar episodes—Anomaly shows you may not know even exist because they’ve been archived on our web site or buried deep in our feed. Which episodes are your favorite? Please send us your comments via our Google voice mail line: (432) 363-4742, email, on Facebook, or through Twitter.

2.  Anomaly Supplemental: Into the Woods

Sue and I are theatre nerds and somehow we’ve been able to mesh that interest into the occasional Anomaly Supplemental episode. “Into the Woods” is one of the first fairy tale crossovers, a predecessor of franchises like “Grimm” and “Once Upon a Time,” and at least to me it is one of the best musicals in history. But surely that can’t be difficult when you have music and lyrics by Stephen Sondheim.
Show Notes
Download
If you like Musical Theatre,
you might also enjoy these episodes:
Little Shop of Horrors
A Very Potter Musical

A round table with most of the Anomaly hosts and staffers, focusing on the young adult trilogy turned movie adaptations starring Jennifer Lawrence was a great discussion. It’s one of my favorite book series apart from Harry Potter, and it paints an interesting picture of a post-apocalytptic world. Between praising Katniss as a believable teenage character, critiquing the movie itself, and Angela sneaking in swear words, it’s almost the perfect episode of Anomaly!
Show Notes
Download
You might also
enjoy these roundtables:
Women of Sci-Fi Fantasy and Fandom Part 1
Women of Sci-Fi Fantasy and Fandom Part 2

There were a lot of notes to this one. Lots of them. But talking about Data as a character and the philosophical aspects inspired by his presence in TNG was a joy to talk about. I won’t lie, I was a bit intimidated to record this, but I’m so proud of how this episode turned out.
Show Notes
Download
You might also
this  Trek episode:
Anomaly of The Measure of a Man

I’m a big animation nerd and it was fun to talk with Sue, Anne and Jen about our five favorite cartoons. It was interesting to see what made it to our lists, and then discussing how animated television changed between our childhood and present day cartoons. Luckily we only talked about TV animation, so there’s always the possibility to return to the subject one day with our favorite animated films, but we already have so many good ideas for Anomaly Supplemental episodes this year… you’ll just have to wait and see what shows up in the feed.