I’m Lynn. When I was a kid, I loved to read, but I hated doing book reports. Now that I contribute to Anomaly, I look for excuses to do book reports. And I am an Anomaly.

As promised, I’m here to continue to share my journey through this list of 50 Sci-Fi and Fantasy Books that Everyone Should Read.

Today I’m here to talk about two books which were both made into movies starring Sean Astin: The Fellowship of the Ring by J.R.R. Tolkien and The Colo(u)r of Magic by Terry Pratchett.

I fell in love with The Lord of the Rings through the movies (as written about here) and, to be honest, I started liking Terry Pratchett through the same media. I find a lot of similarity between the two writers in the sense that they both created intense, complex worlds that are so similar to our own. They were both prolific in their own way, but Pratchett published more of his works, and Tolkien’s has been collected throughout the years with the efforts of his son and other scholars.

While I enjoyed the film versions of both The Color of Magic and The Fellowship of the Ring, I found the book versions a bit… lacking.

I know. That’s a horrible thing to say. But let me explain:

The purpose of this list of books is to determine which writers and genres of science fiction and fantasy are right for each reader. And just because I feel that Tolkien needs a better editor and that The Color of Magic is not Pratchett’s best book, doesn’t mean I can’t appreciate both authors. 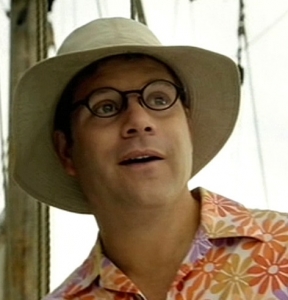 Let’s start with Pratchett. The Color of Magic is not the first Pratchett book I read. That was, Equal Rites, another early Discworld book, and one that I found to be more entertaining and better organized. I found myself wandering off in The Color of Magic, much like the character of the Discworld tourist, Twoflower. I got lost in the complexity of the story, and to be honest, I just stopped reading the book.

I know. That’s a horrible thing to say. But let me explain.

I do, however, appreciate Pratchett’s writing, and I feel that the SF/F world lost a great mind with his death. Discworld books are fantastic, and I would absolutely recommend them to anyone who wants a more comedic, lighthearted fantasy book to read. They are funny and insightful, and though this book didn’t top my list of Discworld books, I’d direct people to the numerous charts that exist that group the Discworld novels by subject and main character to find the right fit. Discworld is a wonderful, and the Great A’Tuin still floats around in my imagination. 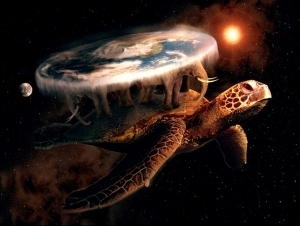 I think that very few people would argue that Tolkien is largely responsible for making modern fantasy what it is today. His knowledge of English history and linguistics helped to create the partially-realistic Middle Earth that was the basis for so many other fantasy worlds of recent times. He incorporated ideas and songs into his writing that has seeped into our collective consciousness. But he was in desperate need of an editor.

I know. That’s a horrible thing to say. But let me explain: 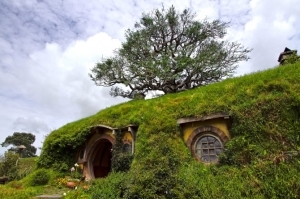 Just because someone needs an editor, doesn’t mean that they aren’t a good writer. I think that Tolkien’s famous intellect saved him from a rampaging red pen, but maybe it shouldn’t have. Sure, we’d miss out on Tom Bombadil, but we’d get to the main story faster. However, as I journey slowly out of Frodo’s corner of Middle Earth, I share with him the heartsickness of leaving what is beautiful and known for the dark and unknown mysteries of the greater world. Maybe it’s better for the story that it’s verbose, but at this point, I think I’ll leave my final judgement for when I finish the other two books.

I’ll confess that I was a bit afraid to admit to not fully liking these books as much as I thought I would, but then I realized something: Being I’m a geek doesn’t mean that I have to like everything geeky. It doesn’t mean I can’t have a less than positive critique of something. I don’t have to like every show, movie, or book that has a sci-fi or fantasy theme. If I did, I’d never have time to do the other things I like to do. It’s okay to not like something, to not share in the same thrill that other geeks do. That said, I prefer the movie versions of these books. I don’t usually say that, but I really mean it. I found the movies to be more concise and on point than the books. But if you don’t agree, that’s okay. We don’t have to.

Next up are two books that I’d never heard of before this list, Ubik by Philip K. Dick and Neuromancer by William Gibson.

LynnContributor / Book Worm Wizard
Given the chance, Lynn would accept a ride on a starship from any of the following people: Hoban Washburne, The (9th) Doctor, Galen Tyrol, and Han Solo (who did shoot first, by the way). Lynn is a leaf on the wind and an Anomaly.