My name is KC. My university Theater Directing project involved producing Stephen Gregg’s one-act play “Sex Lives of Superheroes.” And I am an Anomaly.

If you’re a listener of Anomaly Supplemental, then you know Sue and I do not shy away from the topic of stage productions. Our inaugural episodic trilogy years ago was about the TV-show-about-theatre Slings and Arrows, which has since been followed by Little Shop of Horrors and our recent return to Into the Woods comparing the stage and screen versions. But apart from Little Shop and Into the Woods, there’s even more enjoyable geek and nerd theatre. And if you’re not a fan of musicals? Good news, I have some straight play recommendations for you too! And if you are a fan of musicals, more good news–I’m not only going to mention Wicked! Because who hasn’t seen or heard Wicked at this point? (My co-worker just the other day said that he had “Popular” stuck in his head because of his little girls. Just saying.)

The Complete Works of William Shakespeare (Abridged)
A play by Adam Long, Daniel Singer, and Jess Winfield, aka The Reduced Shakespeare Company 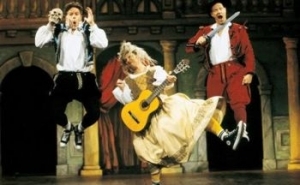 Many of Shakespeare’s plays are fantastical in many respects. However, I know for a fact that not a lot of people really expose themselves to Shakespeare because they fear the language or whatever. For Shakes-fans and Shakes-fears alike, I recommend The Complete Works of Shakespeare (Abridged) by the Reduced Shakespeare Company. The basic premise entails a trio of comic actors–all male, all female, co-ed, whatever–performing “abridged” versions of the Bard’s plays. Hilarity ensues. The original company’s recording is available for viewing, but I highly recommend seeing it live. 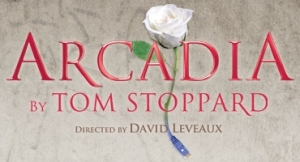 Written by Stoppard (Shakespeare in Love; Parade’s End), this play is set in one house during two different time periods–the Regency era and the present day. The action switches between a tutor and his pupil in the early 1800s, and a group of modern-day academics researching a mysterious mathematical hermit who lived at the residence. The play is about math, science, time and history, and the silly senselessness that comes with being both an intellectual and a human being. 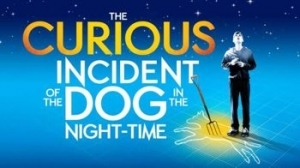 Based on the Mark Haddon novel of the same name, the play follows a young man who loves science and math, but doesn’t quite connect with the world in the way others do. When he is suspected of killing his neighbor’s dog he resolves to solve the mystery, which in turn brings to light secrets that will turn his reality upside down. Curious Incident is the winner of the 2015 Tony Award for Best Play, as well as a slew of others including Best Set Design for its computer matrix-inspired set. 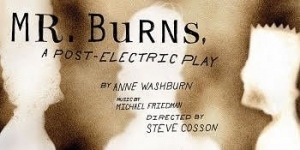 One of two post-apocalyptic pieces mentioned in this article, Mr. Burns is the 2012 play about a group of characters that use storytelling and theater as a way to escape the reality of their dire situation. The story they choose to focus on: the episode “Cape Feare” from The Simpsons. It received polarizing reviews, but was nominated for the 2014 Drama League Award. Who doesn’t want to see a play about The Simpsons turning into a grand Grecian-like mythos in a world that was almost destroyed? 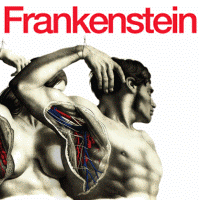 This adaptation of Mary Shelley’s Frankenstein takes on the point of view not of the titular doctor, but of his Creature. This was staged at the National Theatre by Oscar winner Danny Boyle and starred two Sherlocks–Benedict Cumberbatch and Johnny Lee Miller. The production is best when the two leading men switch roles every night, which is just what Cumberbatch and Miller did. If for some reason the play is not being produced near you yet, you can occasionally catch screenings of the National Theatre production. (WARNING: This play has heavy thematic material, including staged images of violence and rape. So if you see the play live or through the National Theatre screenings, please be aware of this.)

Matilda
Music/lyrics by Tim Minchin and libretto by Denis Kelly 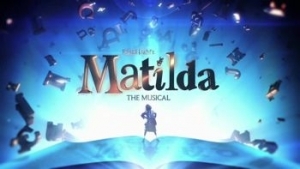 Based on Roald Dahl’s classic book, Matilda is the story of a little girl who is “just a bit different from her friends” who must face off against not just her ignorant family, but also the child-hating headmistress of her school. There’s a reference to Doctor Who in one of the songs, people! And, if you are a fan of Jonathan Strange and Mr. Norrell like me, you’ll be happy to know that Jonathan Strange portrayer Bertie Carvel was in the original cast… as the cruel headmistress, Miss Trunchbull. You’re welcome.

Urinetown
Music by Mark Hollman and libretto by Greg Kotis 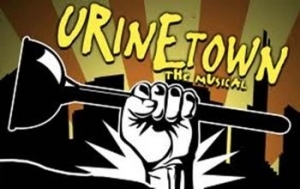 Yes, you did read that title correctly. Yes, it is a real musical that was nominated for Tony Awards and everything. Urinetown is a musical satire set in a dystopian, post-apocalyptic society where water is sparse and it is “a privilege to pee”–that means you have to pay to use the bathroom. Anyone who doesn’t is sent to “Urinetown.” It is a show about revolution, social mores, and a musical that isn’t afraid to go meta. (“That’s right, Little Sally. Nothing can kill a show like too much exposition.” “… how about bad subject matter? Or a bad title, even. That could kill a show pretty good.”) 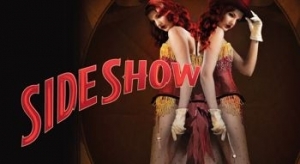 If you’re fascinated by freak shows and circus acts, go no further than this musical about a set of conjoined twins who long for a life outside of the side show. However, they both discover that what they want most is hindered by their abnormal and inseparable state. Side Show is based on the true story of Daisy and Violet Hilton, taking a few liberties that only musicals can do. Showstoppers include power ballads “Who Will Love Me As I Am” and “I Will Never Leave You.” 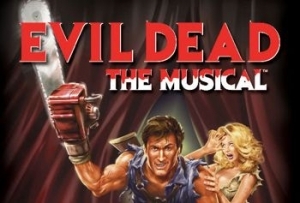 As some of you may already know, this is the musical based on the Sam Raimi horror films, more so EvilDead and Evil Dead II. Ash and his buddies go to a cabin in the woods and find the Necronomicon, aka “The Book of the Dead.” And again, hilarity ensues. Except with more blood, sawed off body parts, and a singing Candarian demon moose head. Sorry, spoilers, I know. However, I had to talk about the Candarian demon moose head! 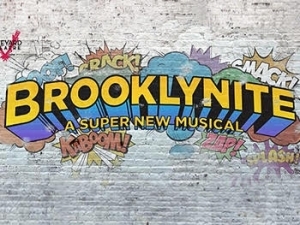 My intrepid New York scout… okay, Anomaly Supplemental co-host Sue informed me that the show Brooklynite was constantly sold out during its run. The show focuses on Trey Swieskowski who dreams of becoming a superhero and what happens when he meets Astrolass, a superhero who wants to live like a normal Brooklynite. I don’t know about you guys, but I’m crossing my fingers for a Broadway theatre transfer based on the premise alone.

What do you think, theatre geeks? Have you seen any of these shows? Is there a play or musical that you believe fits the criteria of “nerd theatre?” Let us know in the comments! You can also send us your stage recommendations on Twitter (@AnomalyPodcast), reblog us on Tumblr (anomalypodcast.tumblr.com), or join our Facebook group.

Interested in any of these shows but need visual proof? Watch the playlist below of trailers and performances!

KCCo-Host/ Anomaly Supplemental
After misspellings of her first name and confusion with her middle name sounding like “Klingon,” she now uses her initials as her nom de plume.
More