It was only a matter of time until KC and I used out podcasting power to talk about musical theater.  In this episode of Anomaly Supplemental, we discuss the spectacle of Broadway musicals; our early personal experiences seeing, hearing and performing theater; stage-to-screen adaptations; jukebox musicals; screen-to-stage adaptations; the 2016 Tony Awards; and our “desert island musicals.”

Next time on Anomaly Supplemental:
Sunday, June 26 – Pixar’s “Inside Out”

Keep scrolling down – there’s so much more…. 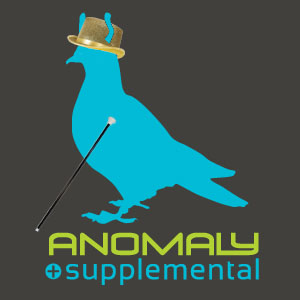 And, for completion’s sake, here’s the list of ALL of the Broadway shows we mention.  In alphabetical order, because that’s easier…

Matilda
Merrily We Roll Along
Movin’ Out
My Fair Lady
Next to Normal
November (Play)
Oklahoma
Oliver!
Passing Strange
Pippin
Ragtime
Rent
School of Rock
Shrek: The Musical
Shuffle Along
Something Rotten
South Pacific
Spring Awakening (Deaf West)
Suessical: The Musical
Sunday in the Park with George
Sweeney Todd
Sweet Charity
The Book of Mormon
The Boy From Oz
The Color Purple
The Curious Incident of the Dog in the Night-Time (Play)
The Music Man
The Phantom of the Opera
The Producers
The Rocky Horror Show
The Secret Garden
The Who’s Tommy
The Wizard of Oz
Waitress
Wicked
Xanadu

The theme music for Anomaly Supplemental is the song “I’ll Still be a Geek After Nobody Thinks it’s Chic (The Nerd Anthem)” from the album “Got To Fly” and is used by permission of Marian Call.

The song “Transition” is a parody of “Tradition” from “Fiddler on the Roof”, and created and performed by Rick Moyer.