If you like this episode, you may also enjoy these posts: Worst of Trek: Way to Eden,  Worst of Trek: Sub Rosa , The Men of Trek Panel (TNG) and Deep Space Nine: The Visitor

One of the WORST of Star Trek TNG Episodes: “The Game” 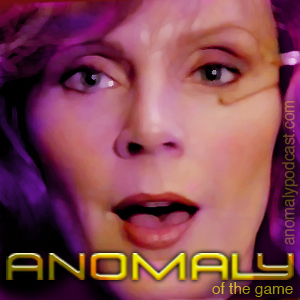 Everyone likes to talk about their favorite Star Trek TNG episodes… we could make a very long list of excellent stories. But lets be honest here. Not all of them were great. Some of them were very poorly written. Even so, our philosophy has always been: “even bad Star Trek is good Star Trek”. That’s what we had in mind when we created our “Worst of Trek” series and kicked it off with this episode in 2010.  Our goal was to have fun with it—to laugh aloud at the ridiculousness then talk about the things we liked about them too. It’s our way of giving a little love to the less than stellar Star Trek episodes.

Speaking of love… we love Trek and have been watching Star Trek: TNG since it first aired in September of 1987. We were tweens back then and the show helped shape who we eventually grew up to be. Angela and I flip on Star Trek when we’re feeling blue, when were’s under the weather, when we have an itch for “space, the final frontier”. It’s our go-to comfort entertainment. So when we giggle hysterically over episodes like this, remember… it’s out of love. Have a little fun and laugh along with us. :D

Star Trek: The Next Generation
“The Game”

Star Trek The Next Generation Season 5 Episode... by RightMoveLLC

Next on Anomaly:
June 7: Age of Ultron Review

Next Best of Trek:
In August: “The Lower Decks”

JenFounding Co-Host / Rogue
Jen teaches her 4-year-old son nerd basics, like the difference between droids and robots. Not the same thing people… NOT the same.
More Info

AngelaFounding Co-Host / Cheer-tator
This is not a democracy, it’s cheerocracy and Angela is the cheer-tator… and she will deal with the cheer-consequences.
More Info
By JRhodes|2016-12-22T14:24:46-06:00May 28th, 2015|Classic Anomaly, Show Notes, Star Trek, Star Trek Episodes, Worst of Trek|0 Comments