The Terminator is Not our Fav, but Important to Sci-Fi

Happy Mother’s Day?! Sarah Connor is a mom who kicks cyborg ass…but not until the next film.  In  “The Terminator”, the movie we reviewed for this edition of Anomaly, Sarah is being protected as a “mom to be”. She’s important to the future of the resistance—a resistance lead by her future son. Sarah eventually teaches her son everything she knows and raises him to be a freedom fighter. That’s why we decided to cover The Terminator for Mother’s Day. It seemed appropriate… SPOILER ALERT! 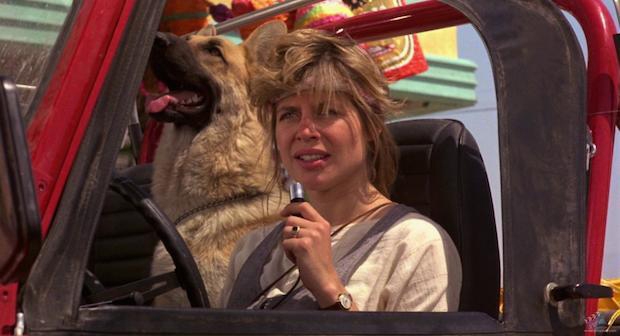 In 1984 I was ten years old and NOT allowed to watch violent movies (good for you mom). So I didn’t see this film for about three or four years after it was released and I didn’t watch it again until last week. Part of me wishes I had been old enough, back in the day, to see the movie when it was actually in the theaters. I would have experienced it differently. These days I value good story-telling, great acting,  cinematography and yes, special effects. So I had trouble really appreciating The Terminator as an awesome movie. If I could go back in time to see this movie, without the combined experience of great films that I’ve seen since then, would it change my perception of The Terminator today? What was it like to see this movie without my movie bias? I’ll never know.

Angela and I did agree that The Terminator is important to cinematic history and sci-fi in general.  And we loved that Sarah was so important— one of the heroes that her protector grew up idolizing. Listen to the episode to hear more.

“Disguised as a human, a cyborg assassin known as a Terminator (Arnold Schwarzenegger) travels from 2029 to 1984 to kill Sarah Connor (Linda Hamilton). Sent to protect Sarah is Kyle Reese (Michael Biehn), who divulges the coming of Skynet, an artificial intelligence system that will spark a nuclear holocaust. Sarah is targeted because Skynet knows that her unborn son will lead the fight against them. With the virtually unstoppable Terminator in hot pursuit, she and Kyle attempt to escape.”

If you like this article, you may also enjoy these posts: Independence Day (from 2015), Women of Sci Fi Fantasy and Fandom (from 2011), Women of Star Trek TNG, Firefly.

AngelaFounding Co-Host / Producer/ Cheer-tator
This is not a democracy, it’s cheerocracy and Angela is the cheer-tator… and she will deal with the cheer-consequences.
More Info