In this episode of Anomaly Supplemental, KC, Anne, and Sue cover Jim Henson’s Labyrinth, the 1986 cult classic starring a young Jennifer Connolly and music idol David Bowie. This movie may be remembered for David Bowie’s performance and his… ahem… “dream balls,” but in this episode we discuss the film’s themes, the catchy songs,  the amazing puppetry, our favorite characters and scenes, and behind the scenes trivia (including something you may not know about a certain Star Trek actress). 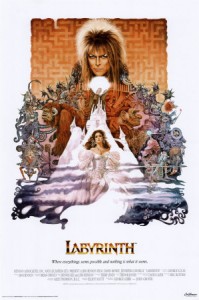 Frustrated with baby-sitting on yet another weekend night, Sarah (Jennifer Connolly), a teenager with an active imagination, summons the goblins to take her baby stepbrother away. When little Toby actually disappears, Sarah must follow him into a fantastical world to rescue him from the goblin king (David Bowie). Guarding his castle is the labyrinth itself, a twisted maze of deception populated with outrageous characters and unknown dangers. To get through it in time to save Toby, Sarah befriends the goblins in hopes that their loyalty isn’t just another illusion in a place where nothing is as it seems.

Finally, as we promised in the podcast, here is a picture of a puppy named Ludo. Thank you, Lee, for permitting us to post it on the blog. 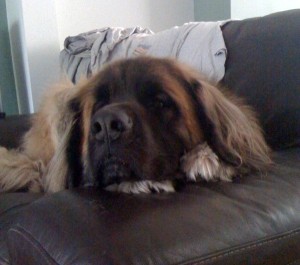 The theme music for Anomaly Supplemental is the song “I’ll Still be a Geek After Nobody Thinks it’s Chic (The Nerd Anthem)” from the album “Got To Fly” and is used by permission of Marian Call. 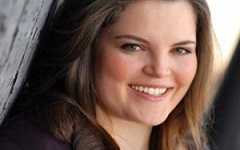 AnneStaffer / Jedi
Anne grew up like Sara in Labyrinth… well minus advances made by Goblin-King-David-Bowie and his tight pants.