So here it is! Part two of my review on Babylon 5 Season 4. Before you listen there are a few things I must tell you…

1. It’s weird and awkward in the beginning but it gets better as it goes along.

2. I will ALWAYS end up pronouncing Ivanova as “Ee-Vah-No-Vah” I don’t know WHY but I will…even if I practice, even if I realize it is not said this way nor has it ever been said this way. My brain likes saying it this way apparently.

3. There was not enough G’kar in this season and I am angry in the way only a fangirl can be angry.

4. This season was so nuanced, so original and so broad in it’s scope that I will never be able to truly do it justice with my words. I can’t tell you enough how much respect for the writers I have.

5. I don’t have any of my usual cheesy notes because a Pak’mar’ra ate them. Or my child did. Or I didn’t write any. Or I did write some but they were cheesier than normal. Whichever one of those sounds more plausible to you.

6. I thank Sue and Kasey for letting me steal their show for a joyride every once in a while and I thank Angela and Jen for giving me the staff keys that make it possible to steal the show for a little while in the first place. (This metaphor is getting away from me.)

7. BIG thanks to Kevin McLeod of incompetech.com who did the gorgeous score tracks you will hear sandwiched between the AMAZING Marian Call’s “I’ll Still Be a Geek.” As ever thanks for gracing the show with your awesome, Marian.

8. I thank my husband for doing most of the editing because I can’t stand to hear myself say “UM” approximately 365,487,700 times, and for WATCHING this show WITH me and not only that but showing an enthusiasm that was greater than mine at times.

9. SERIOUSLY the whole season was so packed! I wish I could have been more eloquent but hopefully I got everything across. I could have done an entire show on the last episode of this season “Deconstruction of Falling Stars” which was SO… different… and had the awesome closing card: “DEDICATED TO ALL THE PEOPLE WHO PREDICTED THAT THE BABYLON PROJECT WOULD FAIL IN ITS MISSION. FAITH MANAGES.” Which is so AMAAZING I want to marry it.

Which brings me to…

10. In the words of J Michael Straczynski: “And yeah, that little closing card is going to remain on the show for its life… which will be long, long after its detractors (and admittedly myself) have gone to dust. On the one hand, it is a statement of hope to anyone else out there who has a dream, to follow it no matter who speaks against you, no matter the odds, no matter what they say to or about you, no matter what roadblocks they throw in your way. What matters is that you remain true to your vision. On the other hand, for the reviewers and the pundits and the critics and the net-stalkers who have done nothing but rag on this show for five years straight, it is also a giant middle finger composed of red neon fifty stories tall, that will burn forever in the night.”

Which is really just a fancy hilarious way of saying: Don’t Quit Your Daydream.

The theme music for Anomaly Supplemental is the song “I’ll Still be a Geek After Nobody Thinks it’s Chic (The Nerd Anthem)” from the album “Got To Fly” and is used by permission of Marian Call. Visit her website for more information and music.

Additional must in this episode by Kevin McLeod. 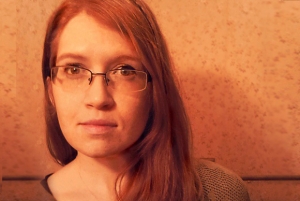 SarahContributor / 80's Aficionado
Sarah grew up on a steady diet of Star Trek and Star Wars, and landed her husband due to the fact that she knew the difference between the original Krayt Dragon call and the redone version in the re-released Star Wars trilogy–she had an opinion regarding which one was better and this impressed him.
By Staff General|2016-12-22T14:24:31-06:00October 4th, 2015|Anomaly Supplemental, Classic TV, Sci Fi, Show Notes, TV episode review|0 Comments