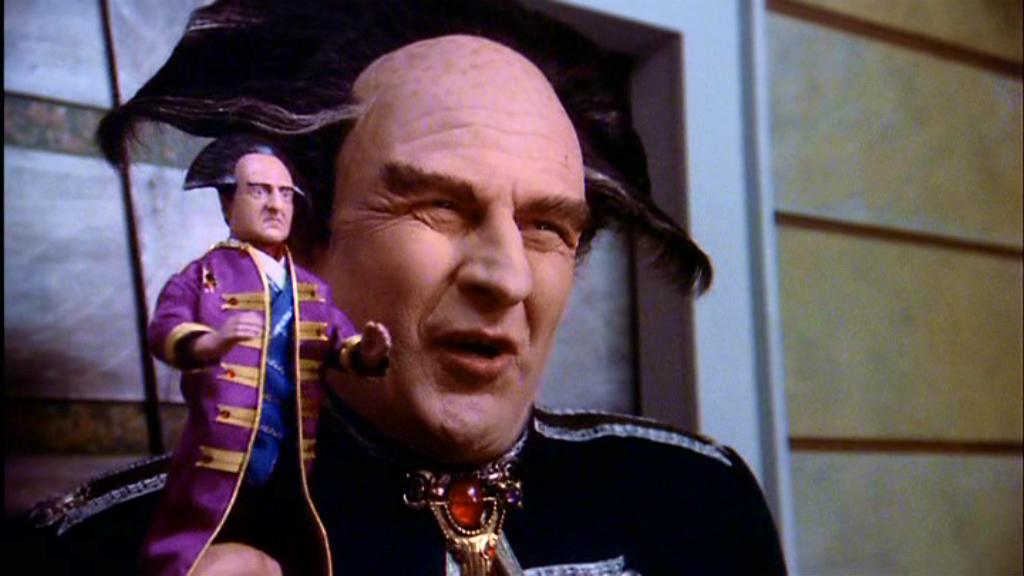 I’m Sarah, and if the dark side were offering donuts instead of cookies, I just might join up…and I am an Anomaly.

This my Babylon 5 Season 2  review (for the first one go here)! As I mentioned in the beginning of the podcast I was a little uncertain as to where to begin with this review. Everything felt like it got a whole lot bigger and more complicated. Whereas the first season I felt more like I was just reviewing general feelings on the show, this time it felt like I was building on everything I said in the first review.

Luckily my thoughts started to flow and I think it’s pretty coherent! Judge for yourself!

In this episode I lose some cool points when I inexplicably forget Captain Dathon’s name from TNG’s ‘Darmok” (Yes…I totally wrote that in this blog so that when you listened to it you would know that I ACTUALLY did know what his name was…I just…you know…forgot.)

Also I mention, the original actress (Caitlin Brown), who played Na’toth, was replaced. But I *thought* she ended up guest starring in an episode as Sheridan’s lawyer; which turned out to be correct. The episode was “There All Honor Lies”. A few interesting facts, she guest starred also in DS9 and TNG, happens to be Christopher Judge and Michael Shanks’ Agent (SG-1 main actors), and apparently left the role of Na’Toth because the makeup was wreaking havoc on her skin and was interfering with her other roles.

The second season is definitely packed and definitely more serious in tone. There is alot to be talked about and I am hoping that I was able to touch on some interesting observations and…well…some of the usual nitpicking.

We’d love to hear from you, please feel free to send Anomaly Supplemental an e-mail at: moregirlygeekz@gmail.com. or if you’re feeling sassy leave us some audio feedback at 248-419-GEEK (4335) Feedback is as good as donuts! Send some (feedback, not donuts…they make the envelopes all soggy) to our big sister podcast, Anomaly Podcast at girlygeekz@gmail.com! Or come over and join us on Facebook or Twitter. As ever thank you SO much for listening, and may you never know the embarrassment of forgetting the name of the main character in one of the best episodes EVER of TNG when you’re on the air.