Star Trek TNG: The Measure of a Man | Anomaly Podcast

RED ALERT! Please be aware that this episode contains spoilers for Star Trek: The Next Generation, Season 2 Episode 9 – “The Measure of a Man”. But, never fear, an alert will sound before the spoilers begin.

One of the Best Star Trek The Next Generation Episodes:  The Measure of a Man

I am the culmination of one man’s dream. This is not ego, or vanity. But when Dr. Soong created me, he added to the substance of the universe. If, by your experiments, I am destroyed, something unique, something wonderful will be lost. I cannot permit that. I must protect his dream. ~ Lt. Commander Data 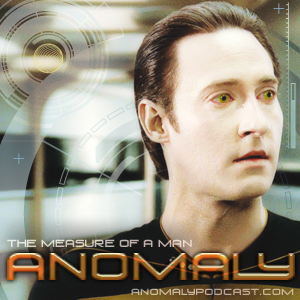 Hi, I’m Jen and in this edition of Anomaly, Angela and I discussed The Measure of a Man from Star Trek the Next Generation’s second season. It’s arguably the best Trek episode ever written—exploring the issues of sentience and human rights through the plight of Data, an artificial life-form who wants nothing more than to become human… but who’s freedom is challenged by an ambitious science officer who’s plan is to dissemble him to see what makes him tick.

The Measure of a Man is a great trial show episode and at times feels like a Perry Mason or Law and Order story, only better because it’s set in the Star Trek universe. If you haven’t seen The Measure of a Man or have never been much of a Star Trek fan, we suggest this episode as an introduction to Trek. As Angela stated in our discussion, good art should pose questions and this episode does exactly that. Be aware that we do spoil the story, so make sure you watch it before listening to our commentary. 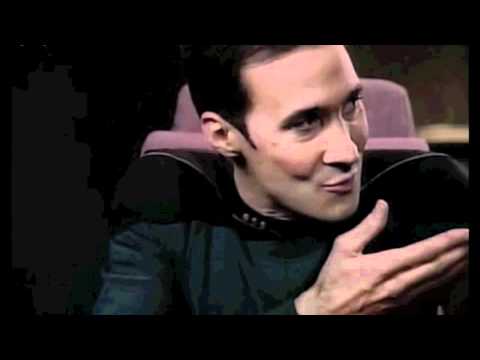 Also included in this installment of Anomaly are audio comments from Noah, Andrew, Kasey, Meds, Rick M. and Rick P. Thank you to everyone who sent us their thoughts. The addition of your opinions adds dimension to the show. If you haven’t sent us your thoughts, it’s not too late. Email us or call our voice mail line, we’d be happy to add your feedback to a future mail bag episode. Call our Google Voice mail line at 432-363-4742, or send your own audio or written comments to girlygeekz@mail.com or use our contact form.

I also mentioned a few other shows you might be interested in. Meds, from Waffle On, and I guest hosted Treks In Sci-Fi last month. We reviewed a steampunk /vampire movie called “Perfect Creature”. I hope you’ll give it a listen. You can find a link to this podcast episode in the Anomaly archive, which includes Anomaly episodes that stretch back to 2007. Or you can search for Treks In Sci-Fi in iTunes. I also talked about an audio drama series called Novo Babylonia. Meds and I were cast as recurring characters in the show. The series is based in the Babylon 5 universe and is well written, cast and produced. We appear in episode twelve and thirteen (to start). Rick Moyer also makes an appearance in episode thirteen as a mysterious information broker. Make sure you visit their web site and start from episode one. Even if you’re not a fan of Babylon 5, I think you’ll enjoy it.

Make sure you listen to Sue and Kasey’s character analysis on Data!

Last month Sarah from Anomaly Supplemental, reviewed the second season of Babylon 5 . We had some technical difficulty with the audio that has since been corrected and re-uploaded. So if you gave up on the review back when it was all left channel, I hope you’ll give it another listen. Also, check out Sarah’s review of Babylon 5’s first season. You can find it at the very bottom of the feed…or in the “Stream Now” player here on our web site.

This month we’ll finally be recording our review of the first Hunger Games book and film. If you enjoyed either of them, please send us your thoughts now and we’ll be sure to include them in our show.

Music played in this episode was by Rick Moyer and Kevin MacLeod.

If you like this episode, you may also enjoy many more of our Star Trek episodes (see player below).

AngelaFounding Co-Host / Cheer-tator
This is not a democracy, it’s cheerocracy and Angela is the cheer-tator… and she will deal with the cheer-consequences.
More Info
By JRhodes|2020-02-01T13:59:11-06:00June 5th, 2012|Show Notes, Star Trek, Star Trek Episodes|8 Comments