You are visiting an Anomaly Podcast/Anomaly Supplemental Episode Archive. This section contains reviews and podcast host commentary on Firefly episodes. For more archived topics, visit our archive menu page. For current episodes on a variety of sci-fi and fantasy topics, please subscribe (for free). 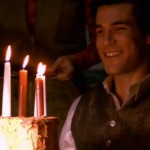 After Serenity suffers a catastrophe that leaves her crew with only hours of oxygen, flashbacks show how Mal and Zoe acquired Serenity and assembled their motley crew.

The show notes for this episode are currently unavailable. 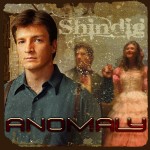 Released September 24, 2009. SPOILER ALERT.
Jen and Angela discuss one of their all time favorite Firefly episodes: Shindig. Shindig is the fourth episode of the science fiction television series Firefly created by Joss Whedon.

Inara attends a formal society dance, only to find Malcolm there as well, attempting to set up a smuggling job. Kaylee goes with him in a voluminous pink dress she refers to as a “pretty”. Mal comes to blows with Inara’s conceited date and finds himself facing a duel with a renowned swordsman, and only one night to learn how to fence.

There are currently no show notes for this episode. 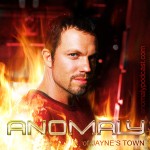 Released August 29, 2012. SPOILER ALERT.
Angela and Jen talk about the hero of Canton, the man they call “Jayne”. Jaynestown is the seventh episode of the science fiction television series Firefly created by Joss Whedon.

Returning to a moon where he ran into some serious trouble years ago, Jayne discovers that he’s become a local folk legend. Mal decides to use this entertaining distraction to complete a job, but some unfinished business may derail his plans.
Show Notes »

Be on the look out for new Firefly episodes to enter the Anomaly feed. Subscribe to stay up-to-date. Anomaly covers sci-fi and fantasy, books, games, television, movies, cosplay, conventions and more. There’s a bit of something here for everyone. Contact us and let us know what you thought of these reviews.

RED ALERT! Please be aware that this episode about Data's daughter contains spoilers for the Star Trek The Next Generation episode: The Offspring as well as Star Trek Picard: Season 1 Episodes 1 - [...]

RED ALERT! Please be aware that our Picard Review of Remembrance contains spoilers. But never fear, an alert will sound before the spoilers begin. Picard Season 1, Episode 1: Remembrance The long [...]

The Rise of Skywalker Review: A Fun and Fair Podcast Discussion

RED ALERT! Please be aware that this episode contains spoilers for Star Wars: The Rise of Skywalker. But, never fear, an alert will sound before the spoilers start. We're BACK with a [...]