Anomaly | Geeks on a Mission: Superheroes.XYZ

Superheroes.XYZ. She’s a Geek on a Mission… 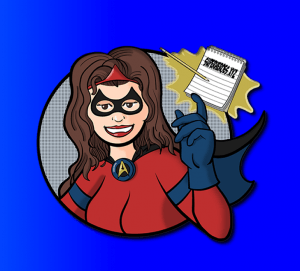 Today we’re talking to Jas, from Superheros.XYZ. She is a member of the Female Geek Bloggers Community on Google +…that’s where I first discovered her blog. Jas loves San Diego Comic Con and gives her readers tips regarding the convention on her site. She also reports on various conventions in her area. You should swing by and check out her blog. It’s full of great photos and accounts of her con adventures.

“Superheroes.XYZ is my site to go and share things that I love with others who get just as excited as I do…” ~Jas

How did you get started?

I started reading blogs a couple years ago and thought I had something to offer at least one person in the world. I realized I go to one of the biggest conventions in the US— San Diego Comic Con—and I had some tips and tricks to offer attendees. I had so much that I wanted to share and talk about, so I decided it was time to start my own site. “Superheroes.xyz“, I thought, was the perfect name. My dad helped me come up with it. I was going to be talking about superheroes and a variety of other geeky topics— hence the “XYZ”. In January, my blog will be one year old and I’m very happy I started it. 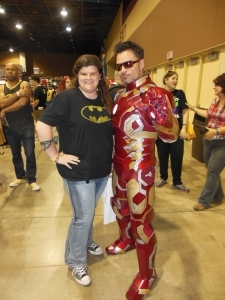 I  grew up a geek. My dad loved Star Trek the Original Series. He never attended the conventions or anything, just enjoyed the show. It was one of the best parts of his childhood. Then he got me watching Stargate when it was out, and one of his friends introduced me to San Diego Comic Con. From there, it was a beautiful geek ship. I love the things he loved. I also found things I loved at the convention, like the shows we watched together and what not. I took him to his first Comic Con in 2014 and got to share what I love with him. I guess it runs in the fam.

Do you attend fan conventions?

Fan conventions such as Star Trek, Stargate or a Supernatural? If so, then no. However Star Trek and Stargate have been on my to-go list for the past few years now. I  signed up as a volunteer for a Supernatural Convention earlier this year, not really having watched the show, but just for the experience. Dad recently got me into Supernatural. That one is for sure, on the to-go list now. 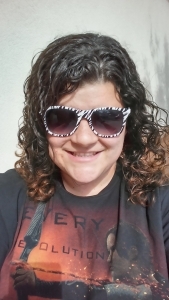 If you could gender swap a character which one would you choose and why?

I can’t think of any at the moment that haven’t already been swapped, but if I had to pick….I’m thinking maybe The Flash. I haven’t come across a female version of The Flash yet. That would be interesting.

Who do you think has a Dungeons and Dragons group on board Battlestar Galactica while everyone else is playing poker or dying?

If we are talking the original Battlestar Galactica, then I am thinking Starbuck! His bad boy ulterior has a secret side. He could be playing D&D every time he disappears somewhere.

Thanks for talking with us, Jas!