Let Indy Be Indy: Could Indiana Jones 5 be Promising?

So it’s official, sigh, a 5th Indiana Jones movie is in the works and looks to be released in the spring of 2019. Needless to say, I have feelings. First, the good news, it looks like there will no re-casting of Indiana. This is a relief. Not that I haven’t enjoyed similar attempts to reimagine classic characters a la the new Star Trek movies. But when it comes to a character as iconic as this one, I don’t think fans would welcome some lame attempt to tell the story of “young Indy” by making us pretend that Robert Pattinson or Chris Pratt has magically become a 25 year old Harrison Ford by putting on a fedora and throwing in a few classic Indy-isms, while essentially making us watch not-Indy do what Indy would have done in some Indy-esque situations. Frankly, I wouldn’t care if Harrison Ford was 97 when he filmed the movie (he will be 77 when it is released) I would prefer him any day in any condition in any… you get the idea.

Steven Spielberg and David Koepp will also be returning, which Ford himself admits has legitimized the project and made him excited for what is likely to be the final adventure for the world’s favorite aging archaeologist. Notably absent from the project is George Lucas, which I can’t say is much of a disappointment after his role in the development of “Kingdom of the Crystal Skull” and the Star Wars prequels-that-shall-not-be-named. I think the most important goal the production team will have to embrace moving forward, if they are to recover from the impact of the 4th movie and make fans excited again, is to make a movie that lets Indy be Indy again. Focus on telling a good story with good characters and just the right mix of adventure and comedy. No crazy CGI, convoluted storylines, aliens, a slew of new characters we don’t care about, aliens, or attempts to take itself too seriously. Give us a classic, round-the-world adventure where with a little help from his friends and a few good fight sequences our reluctant hero saves an item of great importance to humanity from the clutches of those who would misuse it (Nazis, I’m talking about Nazis). 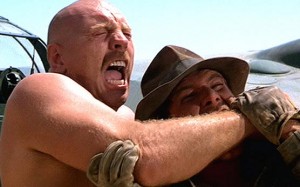 It would also help if Ford was actually excited about the project. One had the feeling during “Crystal Skull” that not only could he not stand his co-star, the “nothing he could do on screen will ever make him seem like less of a douche” Shia LaBeouf, but he wasn’t invested in the story either. Not hard to argue with, given the audience felt the exact same way, but wouldn’t it be great to see Indy reclaim the charm and quirk with which he stumbled through his first three quests? I think anyone who saw “The Force Awakens” will agree that he’s more than capable of it. Perhaps if Indy V captures the same kind of wonder, fun, and heart that fans saw in Episode VII it will be able to rise to the same level of comeback. At least that is my hope.

Honestly, most of the time Hollywood tries to remake or tack on a long awaited sequel to movies I loved as a child, I end up wishing they had let it be. There is something about the magic of certain stories and movie experiences that seems best left in the past as the perfect memory that time and the changing world have helped it become. That’s why despite a small flutter of initial excitement, I get a feeling of dread in my gut when I hear words like “Goonies sequel” or “Ghostbusters 3.” Still, after being somewhat pleased with “Jurrasic World” last year and completely blown away by TFA, the little girl who marveled at Indiana Jones’ fantastic adventures and one day dreamed of being an archaeologist who rode in motorcycle side-cars and made witty banter while fighting Nazis can’t help but be a little excited. 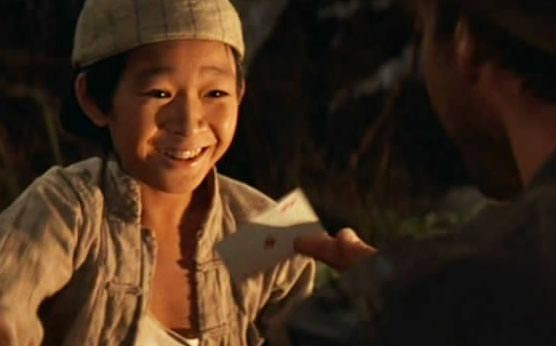 About the Author: Jenny McNiven