Week two of my first watch of The X-Files, and I am not telling you how I’m feeling about it because I want you to read the blog. So there! Ha-HA! In case you’re new, this series of posts tracks my thoughts during my first time watching The X-Files. (Yes, yes, I know, I’ve been living under a rock.) However, with the mini-series coming up and each previous season has an overwhelming 24 episode count, I decided to do a little experiment and have my first watch correlate with Chris Carter’s 10 Essential Episodes from Entertainment Weekly. If you would like to read my introductory post discussing the first two episodes on the list, you can find it at this link.

This time around, I am covering four episodes: “Beyond the Sea”, “The Erlenmeyer Flask”, “The Host”, and “Clyde Bruckman’s Final Repose.”

Spoilers for those who have not seen the X-Files. Wiki Summary: “A death row inmate named Luther Lee Boggs claims that he is psychic and can lead Mulder to a serial killer in exchange for a lesser sentence of life in prison.” 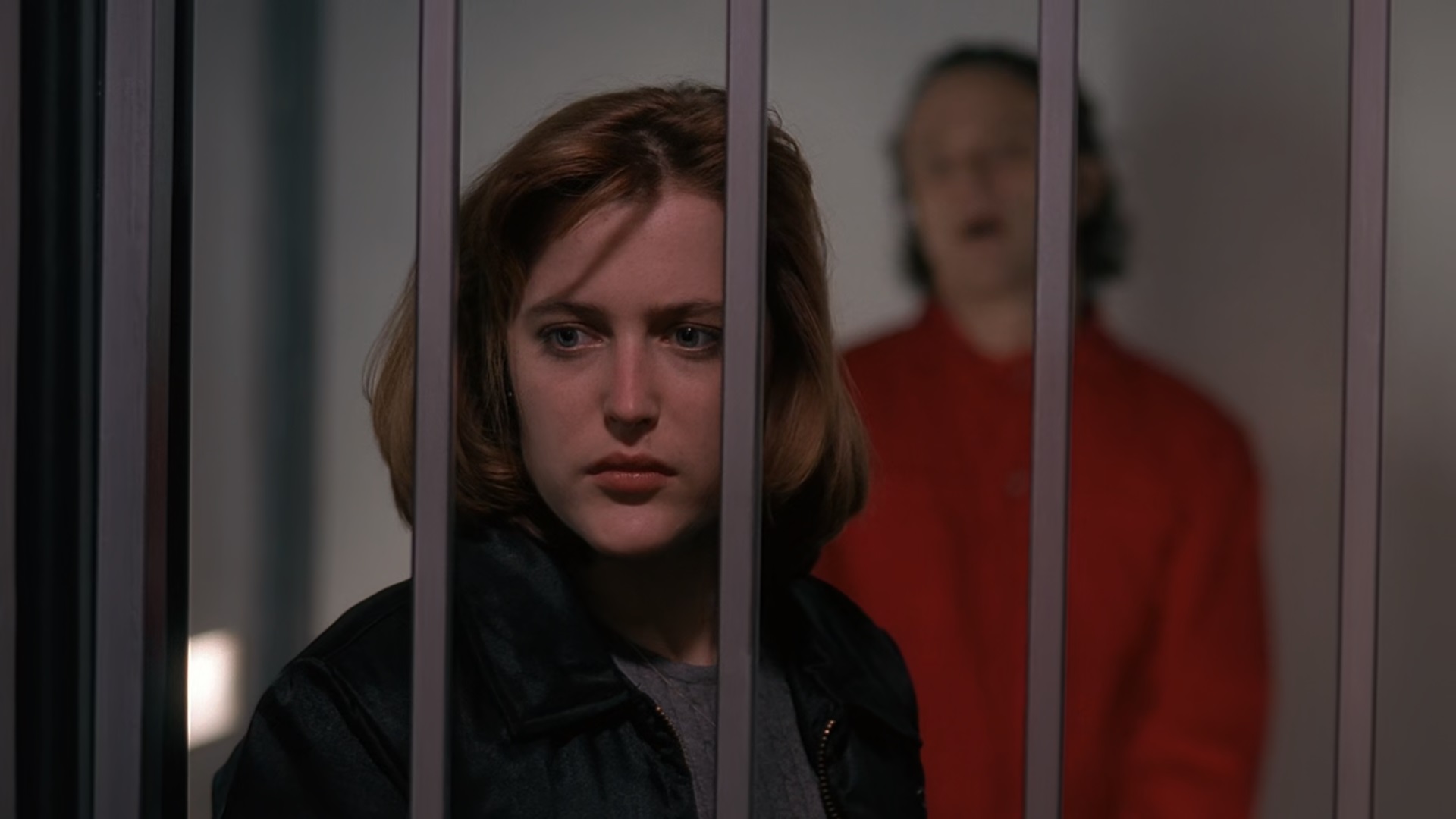 I also like to call this episode “Psychic of the Lambs”, as the plot is broadly similar. The episode centers on Scully dealing with the death of her father (the day after Christmas, too). How does she decide to cope with grief? By working on a case with Mulder involving a serial murderer! Brad Dourif guest stars as a death row inmate Luther Boggs who was a former accomplice to said murderer and now appears to have psychic abilities. Since Mulder is the who put him in jail, he is the one playing the skeptic while Scully starts to suspect that Boggs is telling the truth. I loved the performances by Gillian Anderson and Dourif in this episode, and the emotional nature of the story was on point. While not the ending line, what I took away from the final moments of the story were Scully’s lines, “I’m afraid to believe.” It says so much about her character, and also suggests why she did not witness Boggs’s death to receive her father’s message.

I give this episode an approval rating of 10 tender Mulder/Scully moments. Beautiful. Would watch again. Thumbs up.

Wiki Summary: “A seemingly unrelated car chase leads Mulder and Scully to a scientific lab encompassing a secret which could provide proof of a government conspiracy.” I liked this one, but I wasn’t as in love with it as “Beyond the Sea.” While I wasn’t crazy about this episode, it does something that isn’t done anymore: it ended its season as if it were its last. Joss Whedon has often spoken about how he and his team always assumed that each season of Buffy the Vampire Slayer would be it’s last, so they would wrap up loose ends at the end of every season. It’s one of the reasons, I believe, that the Harry Potter books work as well–for the most part, the major immediate arc is wrapped up. Yes, there may be a bigger plot point that they had all planned out, but these writers were prepared for their work to lose traction at any moment. This episode is not my favorite, but it is the perfect bookend to season one for that reason.

Wiki Summary: “When a man’s decomposed body is found in the sewers of Newark, Mulder is given the supposed “grunt” work. But after Scully’s autopsy turns up a parasite living inside the body and a sewer worker is attacked and bitten by something, it opens up a whole new can of worms.” 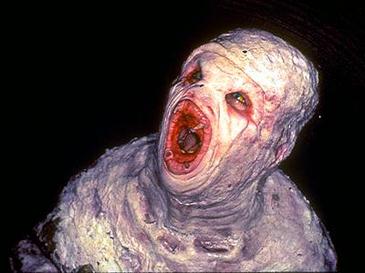 I do not like sewage-related stories. Sewage equals poop water. Gross, gross, gross. The same could be said for autopsy scenes. And creepy parasites crawling around the body cavity…and a guy practically eating toothpaste…

So it seems this is where they ramped up the horror elements of the show? As I’m not a horror person and I do not like poop water, blood, or men in scary prosthetics, I’m not a fan. Because I like sleeping and this episode ruined my sleep.

I rate this episode one hour of sleep, seven hours of lying in bed shaking from terror and disgust.

Wiki Summary: “Skeptical of a famous psychic’s predictions regarding the murder of several prognosticators, Mulder instead finds someone who he believes truly can predict the future. Catching the killer could prove difficult, though, particularly if the murderer can also see into his future.”

“Am I supposed to believe [Fox Mulder] is a real name?” – Thank you for thinking what I was thinking, Clyde Bruckman! Who names their kid “Fox?” Damn hippies, naming their kids like they’re future protagonists in a mystery series with a romantic subplot… oh wait…

All jokes aside, this episode was both comic and tragic, and it moved me beyond measure. Usually, an episode either “belongs” to Mulder or Scully, focusing on their struggles to understand the mystery and reveal some aspect of themselves. Instead, the episode’s primary character is its guest star. The performance of the late, great Peter Boyle as a man who can foresee the deaths of others was masterful. He found the honesty in the comic moments and the ridiculous in the serious. Clyde Bruckman, in a way, is science fiction’s answer to Death of a Salesman’s Willy Loman–down on his luck and a hopeless door-to-door insurance salesman. But instead of being delusional about the American Dream, he is disillusioned about his own existence and he mulls about believing that he can’t change anything about his future or others. The end is beautiful and full of sorrow. I’m absolutely in love with it.

Thus far, the two tales of psychics are winning in this essential episodes watch of mine. The emotional draw and the character development in both is so strong that it leaves the other two with their plots and mysteries in the dust. Give me a good character study and I’m set. (I’m that person that’s still kind of mad that There Will be Blood lost the Best Picture Oscar to No Country for Old Men. And I’m saying that as a big Coen Brothers fan!)

Of these four episodes, which are your favorites? Are you surprised any episodes from seasons two or three didn’t make the cut? Let me know in the comments, leave a Facebook comment in our group, or share your 140 character thoughts on Twitter (@AnomalyPodcast)!

KCCo-Host/ Anomaly Supplemental
After misspellings of her first name and confusion with her middle name sounding like “Klingon,” she now uses her initials as her nom de plume.
More
By KcGeekChic|2016-12-22T14:24:27-06:00January 14th, 2016|Anomalous Musings, The X-Files, TV episode review|1 Comment