Have you heard of Book Riot? If not, check out this book geek haven over at bookriot.com. They not only give awesome book recommendations and cool book related subscription services via quarterly.com, they give some pretty sweet book deals through Amazon and other book outlets. Recently, Book Riot had a deal for the Kindle edition of The Last Policeman, which I quickly snapped up after reading the brief synopsis.

The Last Policeman by Ben Winters has a tiny sub-plot of humanity entering its last days as an asteroid hurtles towards Earth. It’s your pretty standard end-of-the-world novel. Except, in this case, the biggest revelations lie in an investigation of an apparent suicide at a local fast food restaurant.  In a time where suicides are so common that instructional DVDs circulate on various ways to carry it out, a suicide of a boring insurance claims officer stands out to a new police officer, Hank Palace. Tiny inconsistencies lead to bigger discoveries and ultimately huge questions for the reader and Hank: How do you live your life in the face of madness? When everyone else falls apart, how do you keep it together?

Our main character is a classic detective novel/film noir hero: methodical, but turns deeply romantic and reflective, with startling attention to his intuition.While many people leave everything behind to complete bucket lists before time runs out, Hank Palace joins the police force. As a stoic and firm believer in carrying on, Hank lives life as if tomorrow is promised.

Reminiscent of No.1 Ladies Detective Agency, Palace as a novice detective hunts down answers using only his trusty manual, wit and questioning the familiar faces around him. Each day, the world learns a little bit more about the asteroid hurtling towards the Earth. Hank carries out each day as if the usual rules apply. But the more he acts as if life is normal, the more odd and unnerving the world around him becomes. Surrounded by indifferent coworkers, flailing family and old friends, Palace takes the reader on a police cruiser ride through a world thrown in chaos all while asking: What could force someone to commit murder when everyone is about to die?

The Last Policeman is part of trilogy – the last book in the series was released in 2014. The books are: The Last Policeman, Countdown City, and World of Trouble – all released by Quirk Books. The series is recommended for adults due to themes of sex, violence, and drug use.

I highly recommend this book to existentialists, detective novel buffs, and those who enjoy quiet, steady books with powerful questions about life just under its surface. 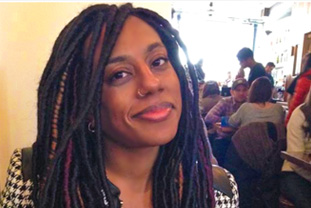 MicheleContributor / Tardis Pilot
Michele’s geeky journey started when a family friend sat down to watch an episode of Star Trek: The Next Generation. Once the interesting characters took the stage, she couldn’t turn away from the screen.
More Info
By qimster|2016-12-22T14:24:33-06:00September 10th, 2015|Anomalous Musings, Book Reviews, Books|0 Comments